Henry Anderson Horne Duncan was born on 8th May 1896 in Dundee, Scotland. His parents were Henry Horne Duncan and Annie Mearns who became Annie Duncan on their marriage.

From his childhood, Henry was a relatively frail person prone to sickness.

He also had an interest in psychic phenomena from a young age. When one of his brothers, William, failed to come home, a psychic had a vision that Henry’s brother had drowned in Dundee docks. Sadly, this proved to be correct.

World War One saw Henry volunteer for active service but life in the squalid trenches soon took its toll. He contracted rheumatoid arthritis and was invalided out in 1916 suffering from a weak heart which meant he couldn’t do anything too strenuous.

However, whilst serving in the trenches, he had a vision of a young girl. The girl who turned out to be his sister Jean Duncan’s best friend – Helen Duncan.

When the couple first met Henry’s first words to Helen were, “So…we meet at last.”

Henry and Helen married in 1916 and lived in Dundee. . Early married life was a real struggle for the young couple who had little income and an ever-increasing amount of mouths to feed. In total, they had six children; Bella, Nan, Lillian, Henry, Peter and Gena as well as two that died in infancy.

One day, Helen had a premonition that Henry was in trouble. She rushed to his workshop to find he had suffered a heart-attack. Although she managed to get him the help he needed to save his life, it was obvious he could never work again full-time.

Henry encouraged Helen to develop her psychic talent which she did over the years. He used his carpentry skills to build her a ‘cabinet’ inside which Helen went into her trances and from which the materialized spirits emerged.

Henry acted as a kind of manager for Helen organizing séances and replying to correspondence. He also played the role of an early ‘house husband’ looking after the couple’s children.

Throughout his life, he was regularly ill. So much so, that Helen often went to séances with a female companion to look after her rather than her husband.

Henry was always supportive of Helen’s psychic talents although sometimes he was perhaps too keen to have her endorsed as genuine. The degrading tests conducted by Harry Price being a prime example.

When Helen was imprisoned in 1944, Henry wrote to the King, the Prime Minister and the Home Secretary impressing on them that his wife was innocent, had always tried to help people and pleading for her to be released.

When Helen died in 1956 from burns sustained when a séance in Nottingham was raided, Henry was devastated. He wanted to take legal action against the police but as they claimed they hadn’t actually physically touched his wife he wasn’t able to.

Henry always considered his wife to be a woman of major importance who could provide the answer to one of the most intriguing questions ever asked – is there life after death.

Even after Helen’s death, Henry insisted his wife was no fraud and he did all he could to clear her name. 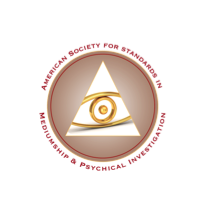