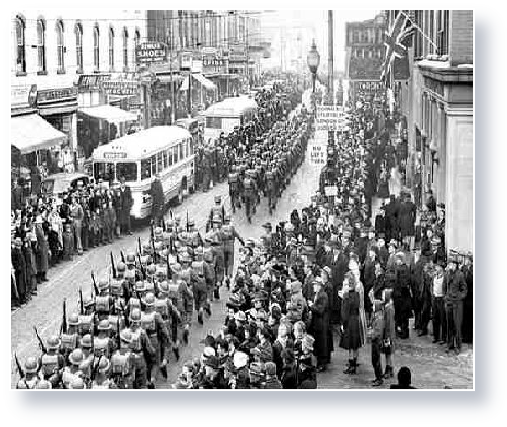 During the second world war Helen was in great demand from anxious relatives, especially those who had lost close family on active war service.

One of many such sittings took place in a private house in the home port of Britain’s Royal Naval fleet, the southern coastal city of Portsmouth on the evening of 19th January 1944.

It was a dangerous place to hold any meeting – such was the German Luftwaffe’s intent on reducing Portsmouth to rubble and disable Britain’s fleet.

But the real danger lay not in a hail of enemy bombs but with the skepticism and fear of the establishment. For that night her séance was disrupted by a plain clothes policeman who blew his whistle to launch a raid.

Police hands made a grab for the ectoplasm but the spirit world was too quick for them and it dematerialised quicker than they could catch.

Thus Helen Duncan, together with three of her innocent sitters, were taken up before Portsmouth magistrates and charged with Vagrancy.

At this hearing the court was told that Lieutenant R. Worth of the Royal Navy had attended this séance suspecting fraud. He had paid 25 shillings (then worth about $5) each for two tickets and had passed the second ticket to a policeman . It was this policeman who had made the unsuccessful grab for the ectoplasm, believing it to be a white sheet.

But the subsequent finger tip search of the room immediately after the raid failed to discover any white sheets.

Even if she had been found guilty under this charge the maximum fine at that time would have been some five shillings ($1) and she would have been released. But, very oddly Helen was refused bail. Instead she was sent to London and forced to spend four days in the notorious women’s prison called Holloway.

It was this same Victorian goal where suffragettes had been force fed by prison warders and where the grisly gallows waited for all female murderers, spies and traitors.

Meanwhile an anxious establishment debated the best charge to lay against this dangerous war criminal Helen Duncan. One her first appearance before the Portsmouth magistrates she had been charged under the catchall act of Vagrancy. This was later amended to one of Conspiracy which, in wartime Britain, carried the ultimate sentence of death by hanging.

By the time the case had been referred to England’s central criminal court – know as the Old Bailey – the charge had been changed yet again.